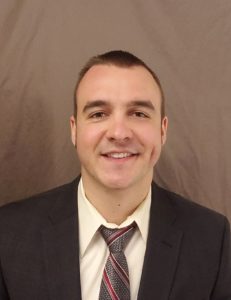 I am a graduate of the University of California at Berkeley (Cal) with a BS in Mechanical Engineering.  My passion is research and robotics/automation.  I devoted my upper division coursework to control systems and automation, including: Linear Control Systems (introduction and second level), Vehicle Dynamics and Control, Mechatronics Deisgn, and Microprocessor-Based Mechanical Systems.  I served as a Researcher and Co-Director of the Micro Mechanical Methods for Biology (M3B) Laboratory, a subset of the Liwei Lin Laboratory.  As a Researcher, I designed, manufactured, and tested novel microfluidic devices utilizing multi-jet 3D printing.  As Co-Director, I managed multiple research groups’ meetings and work direction while still participating in the research.

My first job out of college was as an R&D Mechanical Engineer at 3D printing leader EnvisionTEC.  I worked both independently and with a team of other engineers to research new products and methods for 3D printing as well as create mechanical designs, test prototypes, and create machining and assembly drawings for production.  I also assisted with the programming development of prototypes, utilizing my skills with Arduino (similar to C++) and LabView, as well as other languages as needed.

My last position was as an “Advanced Additive Manufacturing Systems Engineer” at Divergent 3D.  Admittedly, this position did not have me doing much, if any, Systems Engineering.  I mostly focused on technology development and R&D.  Very similarly to my role at EnvisionTEC, I engaged in work related to mechanical design, prototype assembly, prototype testing, and programming for prototype development (i.e. rough software for testing).  One thing I found that I enjoy is programming related to data manipulation and analysis.  My move from EnvisionTEC to Divergent was with the goal to expand my horizons beyond pure Mechanical Engineering to more of an integrated Software/Mechanical champion. Unfortunately, due to the COVID-19 Pandemic, I was laid off in April of 2020.

One thing that I pride myself in is being able to handle all aspects of a project from design to prototype validation.  This includes mechanical design, machining/fabrication, assembly, prototype software development, prototype testing, and iteration of the whole process to produce a functioning prototype/product.

I also volunteer as a mentor for a local FRC (FIRST Robotics Competition) Team: Team 4999 Momentum Robotics.  The FRC program is dedicated to introducing hands-on robotic-based STEM opportunities for high school students.  I work to pass on my knowledge in mechanical design, CAD, programming, prototyping, business, and project management, as well as overseeing and demonstrating proper hands-on work with fabrication and robotics.